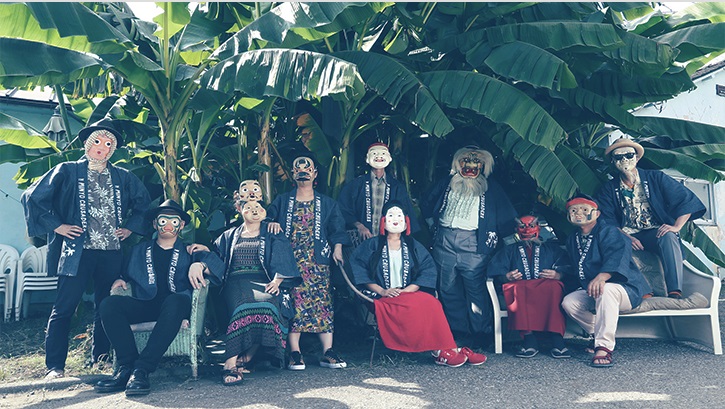 The National Cherry Blossom Festival’s signature Opening Ceremony is an artistic celebration of the 1912 gift of trees from Tokyo to Washington, D.C., and an annual tribute to the longstanding friendship between Japan and the United States. This unique, one-time-only performance will feature special performances from acclaimed artists with ties to both countries.
This year, we have invited MINYO CRUSADERS, Keisho Ohno & Toshihiro Yuta, and Samurai Artist KAMUI to present at the opening ceremony. These artists have also kindly agreed to put on special performances on March 19th to get audiences excited for the Opening Ceremony the following day.

MINYO CRUSADERS will be holding a special performance at the National Harbor Plaza on March 19th from 4-5pm (EDT). This FREE event will feature their live music performance, along with a short talk explaining Minyo, Japanese traditional folk music. Audiences will be taught the choreography to dance along to Minyo music, and are welcome to join in the dance at the end of the group’s set.

Co-presented by The Japan Foundation and National Harbor in collaboration with the Embassy of Japan in the United States of America, these events are part of the National Cherry Blossom Festival 2022.

Keisho Ohno & Toshihiro Yuta will also be making a special appearance at the Heritage Center for a demonstration and workshop featuring Japanese traditional instruments: the shamisen and wadaiko.

Capital One Arena will be hosting Samurai Artist KAMUI along with Keisho Ohno & Toshihiro Yuta to present at their halftime show during the Wizards vs Lakers game.