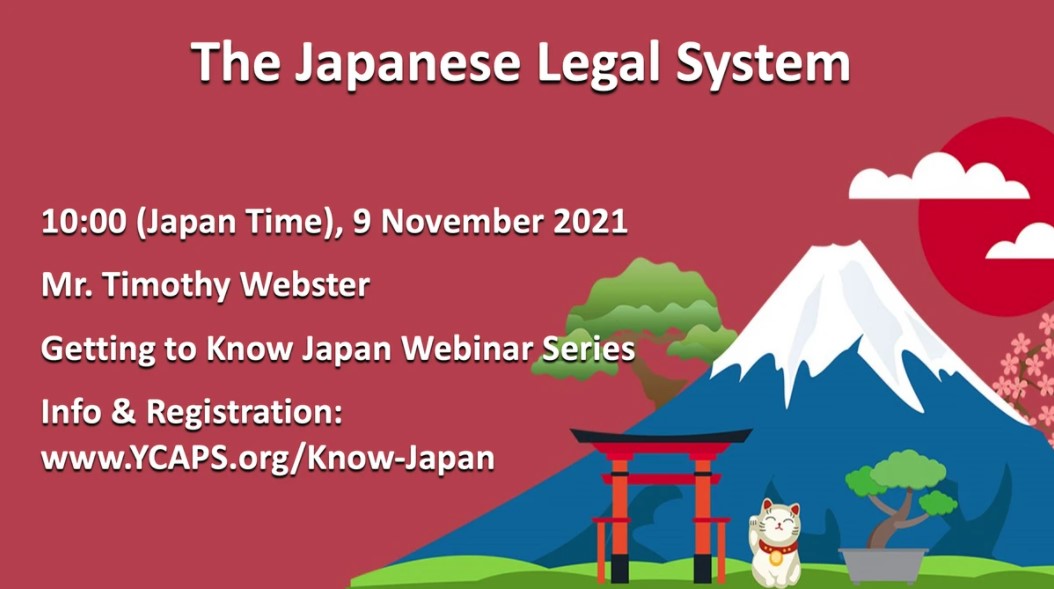 The Yokosuka Council on Asia-Pacific Studies (YCAPS) presents a weekly webinar series on Japanese culture and society, Getting to Know Japan Series. This talk will explore the main differences between the legal systems, and legal cultures, of the United States and Japan. In particular, it will highlight American influence on Japanese law, as well as areas where the two systems diverge. Topics include the role of lawyers and judges, separation of powers, and the drafting and implementation of the constitution. This event will be off-the-record. Questions are encouraged. It will not be recorded. The event is free, but registration is required. Click here to register. Visit the YCAPS website to learn more. The webinar series is supported through the CGP Salary Assistant Grant for U.S.-Japan Community Grassroots Exchange Program.

Tim Webster is a law professor at Western New England University and a member of the U.S.-Japan Network for the Future. Before teaching, he practiced international dispute resolution in Tokyo and New York, and clerked for a judge in Boston. His research focuses on the intersections of international law, and the domestic legal systems of East Asia, including the World War II reparations movement in China, Japan, and South Korea.