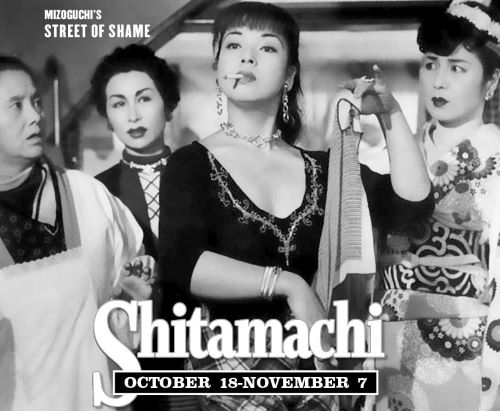 Shitamachi, a three-week, 38-film series spanning nearly eight decades of classic movies, all set in “downtown” Tokyo, will run at Film Forum. This series, programmed by Aiko Masubuchi (former senior programmer at Japan Society), includes 25 rare films imported from Japan – many of them with translations and subtitles created especially for the Film Forum screenings. Those films are directed by Ozu, Kurosawa, Mizoguchi, Naruse and many more.

The series is co-presented by The Japan Foundation, as part of Japan 2019, a series of events highlighting Japanese arts and culture in the U.S. throughout 2019.