2019 National Cherry Blossom Festival Opening Ceremony, which was part of Japan 2019, celebrated the start of this year’s festival on March 23 at the Warner Theatre in Washington, DC. Performances by the cast members of “Pretty Guardian Sailor Moon” The Super Live, Ikuko Kawai Ensemble, and Yusaku Mochizuki (Mochi) were enthusiastically received by more than 1,800 audience members.The performances were also beamed around the world through live streaming video as each artist group performed at related events to foster further friendship between Japan and the U.S. 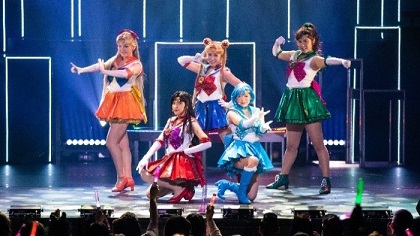 Based on the popular manga, “Pretty Guardian Sailor Moon” The Super Live was brought to American audiences in Washington, DC and in New York. All four shows were sold out and audience members traveled from more than 40 states throughout the U.S. and abroad to see these performances. 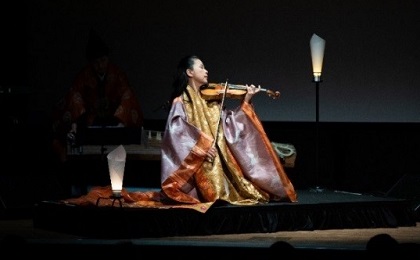 The Tale of Genji: A Musical Narrative, the original interpretation of the tale through violin, keyboard and traditional Japanese instruments, was warmly received with a full house at the Freer Gallery of Art. To watch the full performance, please click here. 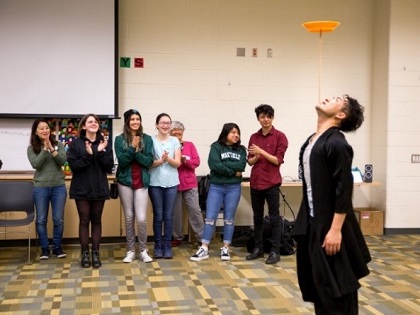 Mochi, a contestant from America’s Got Talent, visited Wakefield High School in Arlington, Virginia for a demonstration and workshop. The students from the Japanese class enjoyed his fascinating performance, learned juggling and interacted with Mochi using Japanese.