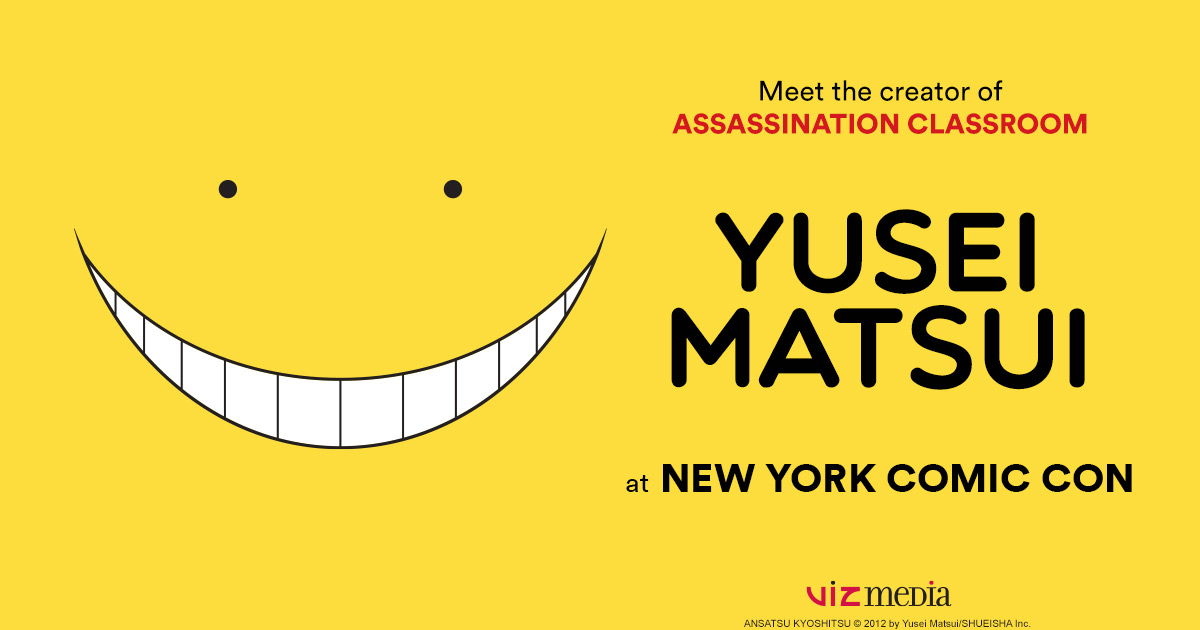 Hang out with the English language editors of the world’s most popular manga! We’ve got exciting news about the LATEST developments in new series, all-time fan favorites and what we’re doing to bring you the world’s best manga! Yusei Matsui, creator of the global sensation Assassination Classroom, will be making a special appearance. For more information please click here.