No Friend to Girls: Kawabata Yasunari, Shōjo no tomo and the Appropriation of Girls’ Culture

The Japan Foundation, New York presents Illuminating Japanese Studies: Lecture Series with Former JF Fellows. Since the Fellowship program began in 1972, there have been more than 1,000 American Fellowship recipients, who study a diverse range of research topics, from pre-modern history to pop culture and everything in between. This series will illuminate what exactly Japanese Studies can teach us, not only about Japan but about the world.

Join us for the fourth session titled “No Friend to Girls: Kawabata Yasunari, Shōjo no tomo and the Appropriation of Girls’ Culture” with JF Former Fellow Deborah Shamoon. Kawabata Yasunari (1899-1972), Japan’s first Nobel laureate in literature, is best known today for highbrow novels such as Yukiguni (Snow Country, 1935-1947). But in the 1930s and 1940s, Kawabata was deeply involved with the girls’ literary magazine Shōjo no tomo (The Girls’ Friend) as an editor and an author of novels for girls (shōjo shōsetsu). This lecture reevaluates Kawabata’s fiction in terms of his involvement with and appropriation of girls’ culture, through analysis of the novels Otome no minato (The Girl’s Harbor, 1937-1938) and Utsukushii tabi (Beautiful Journey, 1939-1941). Kawabata’s use of the idealized shōjo is consistent in his writing for girls and adults, and is a parallel to the fascist aesthetics and colonial ideology in his work of this time period.

The discussion will be followed by a live Q&A moderated by JF Former Fellow Melek Ortabasi.

Pre-registration is encouraged but not required. Please share your questions through your Eventbrite RSVP. You may also participate in the discussion by sharing your questions in the YouTubeLive chat during the livestream. A recording will be posted on this page and our YouTube channel after the event. 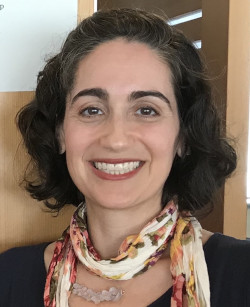 Deborah Shamoon is Associate Professor in the Department of Japanese Studies at the National University of Singapore. She received a PhD in modern Japanese literature and film from the University of California, Berkeley, and was a Japan Foundation Fellow in 2003 and 2009 at Waseda University. Her publications include Passionate Friendship: The Aesthetics of Girls’ Culture in Japan (University of Hawai’i Press, 2012), “The Girl in the Whirlpool: Girls’ Culture (Shōjo Bunka) in Tanizaki’s Manji” (U.S.-Japan Women’s Journal 57.1 (2020): 3-20), and “Class S: Appropriation of ‘Lesbian’ Subculture in Modern Japanese Literature and New Wave Cinema” (Cultural Studies 35.1 (2020): 27-43). 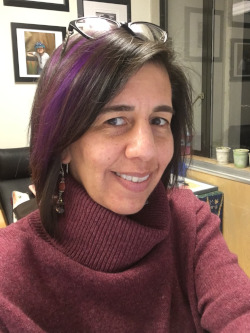 Melek Ortabasi is Associate Professor and Chair of the Department of World Languages and Literatures at Simon Fraser University in Vancouver, Canada. Her latest book, The Undiscovered Country: Text, Translation and Modernity in the Work of Yanagita Kunio, was published in 2014 by Harvard University Asia Center. She is currently working on two projects: a book manuscript on transnationalism and modern Japanese children’s literature, as well as a comparative Digital Humanities project on the childhood memoir, which incorporates materials primarily in Japanese, German, and English. She was a 2007/2008 Japan Foundation Fellow and is thrilled to be headed to Japan in the fall as a 2020/2021 Fellow.