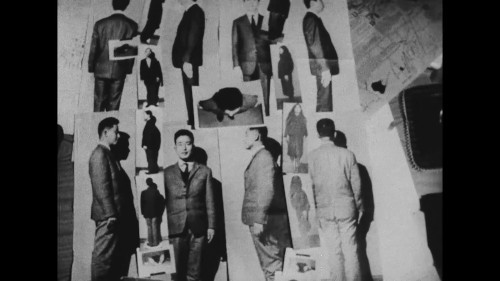 More Than Cinema will present four film works by Jonouchi Motoharu and Tanaami Keiichi, following extensive research and preservation efforts by the Philadelphia-based non-profit organization Collaborative Cataloging Japan. The exhibition offers an entryway to understanding the development of the Expanded Cinema movement in Japan, which pushed moving image beyond the traditional screening format and instead into space itself, addressing architecture and the body with performance and multimedia presentations.

The selected works came out of a seismic moment in Japan during the 1960s and 1970s, when critical discussions around the intersections of art, media, politics, and underground culture ushered in bold artistic experimentations. Jonouchi’s works of the early 1960s, which precede the arrival of the term “Expanded Cinema” in Japan and were among the genre’s earliest examples, illuminate an emerging tendency to break away from traditional cinematic practice. Tanaami’s works, on the other hand, illustrate a separate entryway into the movement that came out of his thoughts and experiments on design.

This project is supported through the JFNY Grant for Arts and Culture.


Julian Ross, the co-curator of More Than Cinema, traces the overlooked history of the 1960s and 1970s underground discotheques that became the breeding ground for Japanese expanded cinema. Read here.