The Japan Foundation, New York presents Illuminating Japanese Studies: Lecture Series with Former JF Fellows. Since the Fellowship program began in 1972, there have been more than 1,000 American Fellowship recipients, who study a diverse range of research topics, from pre-modern history to pop culture and everything in between. This series will illuminate what exactly Japanese Studies can teach us, not only about Japan but about the world.

Join us for the fifth session titled “Joryū Hanga Kyōkai, 1956–1965: Japan’s Women Printmakers” with JF Former Fellow Jeannie Kenmotsu. This lecture focuses on the exhibition project Joryū Hanga Kyōkai, 1956–1965: Japan’s Women Printmakers, which recently closed at the Portland Art Museum in Portland, Oregon. This was the first exhibition anywhere to examine the expansive vision of Japan’s first women printmakers association, the Joryū Hanga Kyōkai. Exhibition curator Jeannie Kenmotsu, Ph.D., will discuss the careers of five of the group’s original founding members and consider why this important collective has never received the critical attention it deserves.

The discussion will be followed by a live Q&A moderated by Dr. Chiaki Ajioka, a freelance Japanese art historian specializing in 20th century Japanese craft and modern prints.

Pre-registration is encouraged but not required. Please share your questions through your Eventbrite RSVP. You may also participate in the discussion by sharing your questions in the YouTubeLive chat during the livestream. A recording will be posted on this page and our YouTube channel after the event. 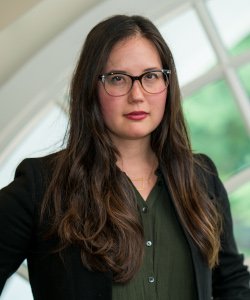 Jeannie Kenmotsu, Ph.D., is the Arlene and Harold Schnitzer Curator of Asian Art at the Portland Art Museum. Her research focuses on the art of early modern Japan, particularly the relationship between printed color, painting, and natural history in the 18th century. Other interests include contemporary Asian art, the illustrated book, and the international postwar reception of modern Japanese prints. Kenmotsu is a Senior Fellow with the Society of Fellows in Critical Bibliography (Rare Book School, University of Virginia). She received her PhD in art history from the University of Pennsylvania and was a Japan Foundation Fellow in 2012/2013. Her research has been supported by the Andrew W. Mellon Foundation, Japan Foundation, and Blakemore Foundation, among others. 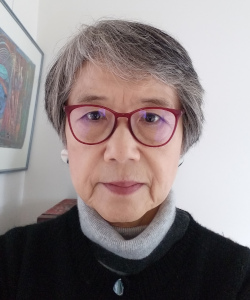 Chiaki Ajioka is a freelance Japanese art historian specializing in 20th century Japanese craft and modern prints. She works as Japanese art consultant for private clients and public institutions in collection research, translating, contributing essays and giving lectures and talks. Her special interest is in cross-cultural and transnational interactions in art. From 1992 she worked as the assistant curator of Asian art, then the inaugural curator of Japanese art, at the Art Gallery of New South Wales, Sydney, until 2003. Between 2004 and 2008 she taught Japanese art as a casual lecturer at the University of Sydney. Her current major project is Global Mingei: transnational dialogue on the beauty of folk crafts.