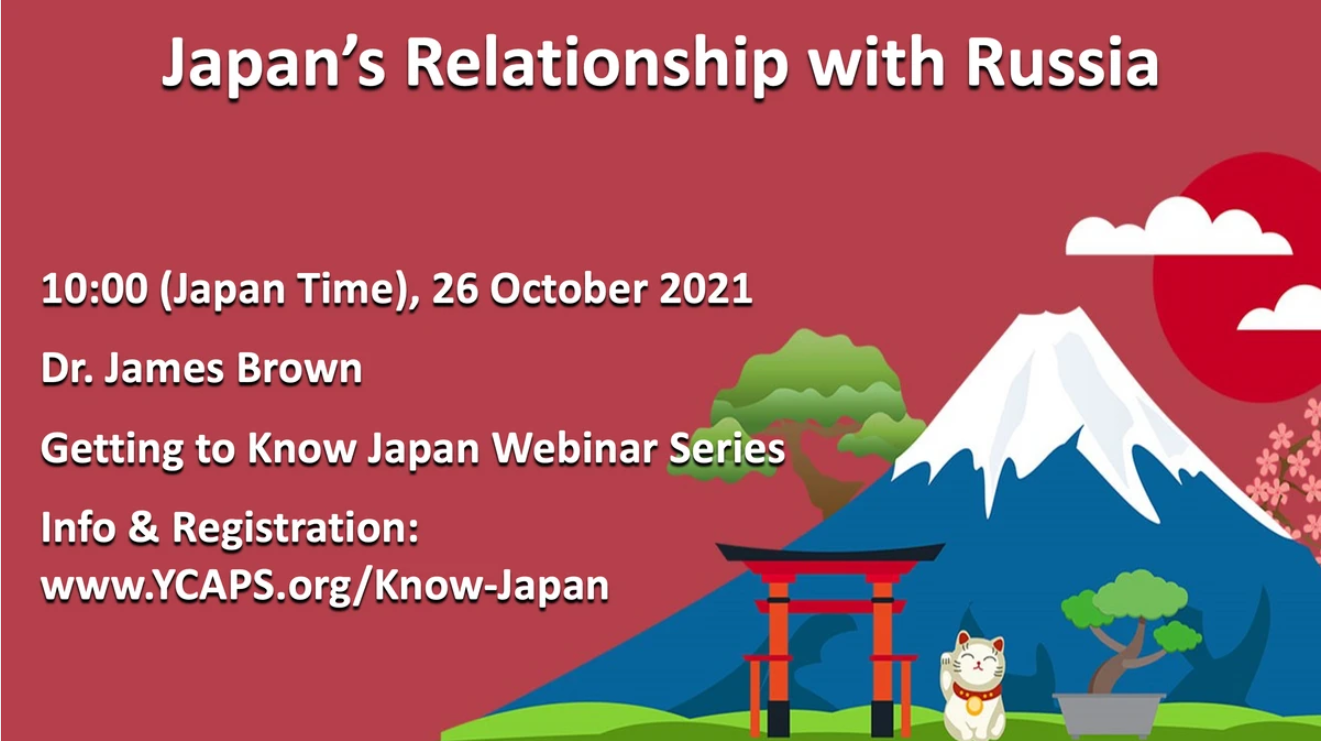 The Yokosuka Council on Asia-Pacific Studies (YCAPS) presents a weekly webinar series on Japanese culture and society, Getting to Know Japan Series. Russia is Japan’s closest neighbour geographically, yet relations are often distant. This talk by Dr. James D. J. Brown explains why this is the case by introducing key points of history, as well as the details of the ongoing territorial dispute. It also highlights current tensions in the relationship, especially prominent security issues. This talk will be moderated by Michael Okamoto. This event will be off-the-record. Questions are encouraged. It will not be recorded. The event is free, but registration is required. Click here to register. Visit the YCAPS website to learn more. The webinar series is supported through the CGP Salary Assistant Grant for U.S.-Japan Community Grassroots Exchange Program.

Dr. James D.J. Brown is associate professor of Political Science at Temple University, Japan Campus, where he is also coordinator of the International Affairs major. He holds an undergraduate degree from the University of York, and postgraduate degrees from the universities of Edinburgh, Glasgow, and Aberdeen. His main area of research is Japan-Russia relations. Dr Brown’s work has been published in several academic journals, including International Affairs, Asia Policy, Asian Perspective, International Politics, Post-Soviet Affairs, Europe-Asia Studies, Problems of Post-Communism, and The Asia-Pacific Journal: Japan Focus. His two most recent books are Japan, Russia and their Territorial Dispute: The Northern Delusion (Routledge 2017) and Japan’s Foreign Relations in Asia, edited with Jeff Kingston (Routledge 2018). He regularly writes op-eds, including for Nikkei Asia, The Japan Times, and The Diplomat, as well as in Russian for the Carnegie Moscow Center and in Japanese for Nikkei Business.