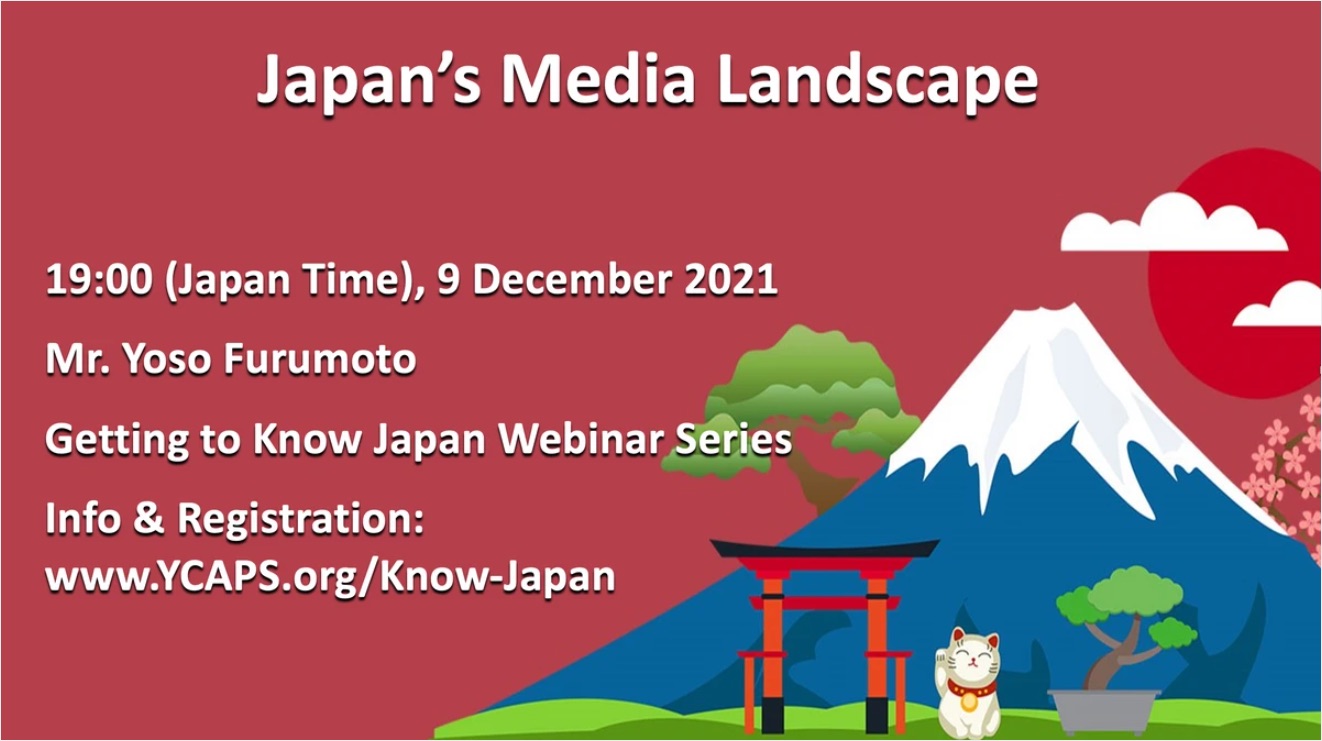 The Yokosuka Council on Asia-Pacific Studies (YCAPS) presents a weekly webinar series on Japanese culture and society, Getting to Know Japan Series. Mr. Yoso Furumoto, Washington Bureau Chief, Mainichi Newspapers Co. will deliver an introduction to the history and current state of affairs of political media coverage in Japan, and a general overview of Japanese media more broadly. This event will be off-the-record. Questions are encouraged. It will not be recorded. The event is free, but registration is required. Click here to register. Visit the YCAPS website to learn more. The webinar series is supported through the CGP Salary Assistant Grant for U.S.-Japan Community Grassroots Exchange Program.

Mr. Yoso Furumoto started his career at the Yokohama bureau of Mainichi Shimbun in October, 1996. Crime reporting was his focus at the bureau. He then started working at the Political News Section in Tokyo in 2002. Since then, he has mostly written about politics in Tokyo and Washington. After working as the chief correspondent of Kantei (or Prime Minister’s office and the chief correspondent of Congress, or the Diet) he became the editor of the political news section. He came to Washington DC as a bureau chief of the Washington Bureau in Dec. 2018. He was previously in DC from 2009 to 2013. Mr. Furumoto was born in Hiroshima city but raised in Hiratsuka city, Kanagawa prefecture. He holds a B.A. in Literature in English Language from Sophia University, Tokyo and an M.A. in political science from the University of Kansas, Lawrence, KS. He lives with his wife and two poodles.