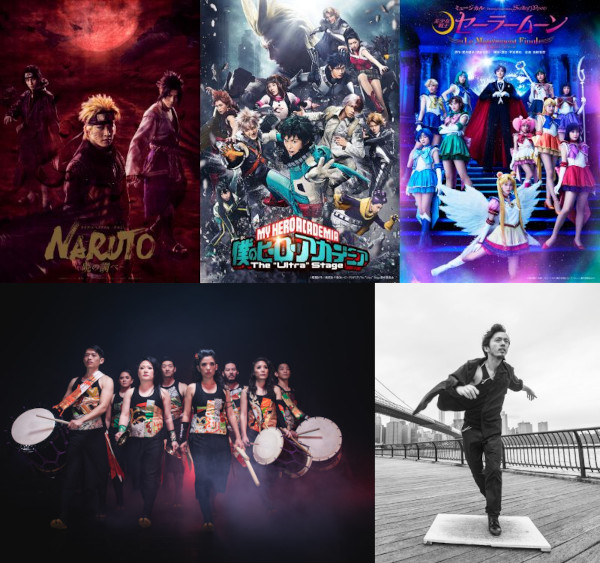 The National Cherry Blossom Festival’s signature Opening Ceremony, an artistic celebration of the 1912 gift of trees from Tokyo to Washington, D.C., and an annual tribute to the longstanding friendship between Japan and the United States, will be livestreamed on Saturday, March 20 at 6pm.

This event is co-organized by the National Cherry Blossom Festival and The Japan Foundation.

TAIKOPROEJCT
TAIKOPROEJCT was founded in 2000 in Los Angeles by a group of young, emerging taiko drummers led by Bryan Yamami and Masato Baba. The group continues to define a modern American style of taiko, blending traditional forms with an innovative and fresh aesthetic. TAIKOPROJECT has performed on the Academy Awards, the Grammy Awards, NBC’s “The Voice,” “Jimmy Kimmel Live,” and more.

Kazunori Kumagai
Kazunori Kumagai is a “True Tap Artist” (The New York Times), always searching for expression through sound and rhythm. He trained in the New York Shakespeare Festival Institute of Tap (“Funk University”), the training workshop for the hit Broadway musical Bring in da’ Noise, Bring in ‘da Funk. Since then, he has been performing and teaching all over the world, and opened his first tap dance studio, KAZ TAP STUDIO, in Japan to pass his knowledge and passion to the next generation. Kumagai is the recipient of numerous awards, including the Bessie Award for Outstanding Performer and the Flo-Bert Award.