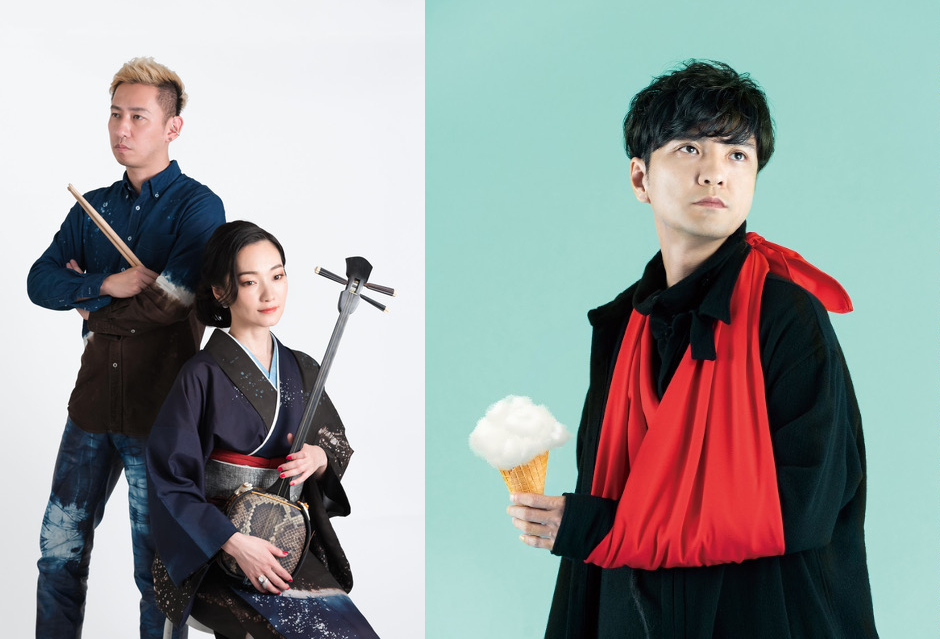 Please note the Opening Ceremony will not take place as planned at the Warner Theatre. The Festival is looking at options including live streaming the event. For more details, please view the announcement from the National Cherry Blossom Festival.

Get ready for the 2020 National Cherry Blossom Festival and watch world-renowned performers as we welcome springtime to Washington, DC! Celebrate the 108th anniversary of the gift of 3,000 cherry trees from Japan to the United States while enjoying spirited traditional and contemporary performances in the historic Warner Theatre. These performers will make additional appearances throughout the festival.

This event is co-organized by the National Cherry Blossom Festival and The Japan Foundation.

Moriyama Naotaro is a songwriter and J-pop singer who has appeared in numerous music scenes, TV programs and on radio programs since his debut in 2002. Moriyama’s lyrics represent his own distinct worldview that is firmly rooted in Japanese cultural tradition. His clear and impressive singing voice along with his guitar techniques have attracted a wide range of fans, spanning generations. Moriyama’s second major single, “Sakura (Cherry Blossom)”, was a smash hit and has been considered by many Japanese to be the song most emblematic of the spring season in Japan. The song remains extremely popular at karaoke and high school graduation ceremonies. Moriyama has been featured three times in Japanese public broadcaster NHK’s Kohaku Uta Gassen (NHK Red & White Year-End Song Festival), a prestigious music TV program with almost 70 years of history that is aired at New Year’s Eve both nationally and internationally. In recent years, Moriyama has been undertaking new challenges by writing for a wider range of music genres, such as anime theme songs, as well as creating a new style of music performance showcasing his music.

Sato began learning shima-uta from her grandfather Megumi Sumio from age three and won multiple awards while growing up. Her professional debut came after performing at the opening of EXPO2005. This opening event was produced by internationally acclaimed fashion designer Yamamoto Kansai. In 2013 and 2015, Sato performed in the musical Les Miserables in the role of Fantine. Then she caught the eye of renowned Belgian choreographer Sidi Larbi Cherkaoui and performed shima-uta in his dance production titled ICON. In the production of Cuentos De Azucar (Sugar Tales), Sato collaborated with Flamenco’s leading dancer and director Eva Yerbabuena. In 2018, she sang the theme of NHK’s yearlong period drama Segodon and also appeared in the drama in the role of a family member of the protagonist.

Sasaki’s drumming style is often praised as being poetically sensitive, yet very powerful based on Japanese cultural traditions. His band, Nautilus, was formed in 2014 and is distributed through a German music label. As a result, they have received a great deal of praises from overseas.

Sato Anna x Sasaki Toshiyuki, have performed as a musical ensemble in Paris and also at a choir festival held in Corsica in 2016, which brought them international acclaim. They have been actively performing nationally and internationally.