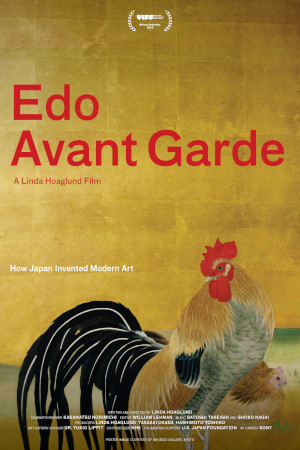 
Ever wonder why Edo-era Japanese artists created such innovative art? Or how Japanese Buddhism and Shintoism influenced their art? The National Consortium for Teaching About Asia teamed up with filmmaker Linda Hoaglund to create four education modules for K-12 classrooms based on her film, Edo Avant-Garde. The detailed lesson plans include hands-on activities, beautiful video clips, and various supplemental materials such as pronunciation guides.

The materials are available for free on the Edo Avant-Garde website.

Edo Avant-Garde (80 mins) reveals the untold story of the vital role Japanese artists of the Edo era (1603 – 1868) played in developing “modern art.” During the Edo era, audacious artists innovated abstraction, minimalism, and the illusion of 3-D. Their originality is most striking in images of the natural world depicted with gold leaf on large-scale folding screens, byobu. The film features byobu masterpieces belonging to museum and private collections across the U.S. and Japan. Many screens were filmed in natural light to resurrect their mesmerizing dynamism, scale, and details. Interviewing preeminent scholars, curators, collectors, and priests in Japan and the U.S., the film traces the artists’ original visions to their reverence for nature, inspired by Buddhism and Shinto animism.

This project is supported through the CGP Grassroots Exchange Discretionary Grant.