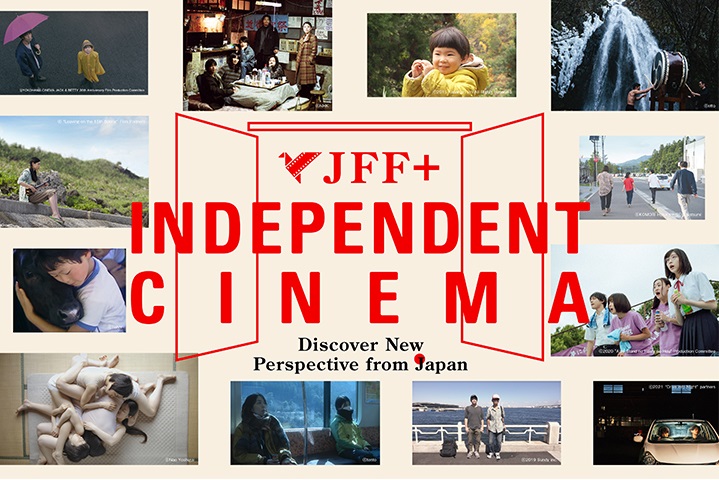 The Japan Foundation (JF) is excited to launch a new program, JFF+ INDEPENDENT CINEMA. This is a free online streaming program that features 12 Japanese independent films selected by managers from independent theaters, so-called “mini-theaters” throughout Japan. Mini-theaters have nurtured the diversity of the Japanese cinema culture and brought it up to the current state.

Since 2020, The Japan Foundation (JF) has held the JAPANESE FILM FESTIVAL ONLINE twice for overseas viewers and has received a great response. The aim of the new program JFF+ INDEPENDENT CINEMA is to show the diversity of Japanese cinema. Despite the COVID-19 pandemic, around 490 Japanese films were newly released to the public in 2021 (excluding film festivals and non-profit screenings). Thus, although the number of Japanese films produced is one of the largest in the world, only a handful of films have been introduced overseas. Therefore, this program provides a great chance for the international audiences to discover new Japanese films.

The films are streamed on our website JFF+ (Japanese Film Festival Plus) that is dedicated to Japanese films and run by JF. Alongside the films, interviews with directors and stories of mini-theaters bring the current state of Japanese film culture from multiple perspectives in its own context.