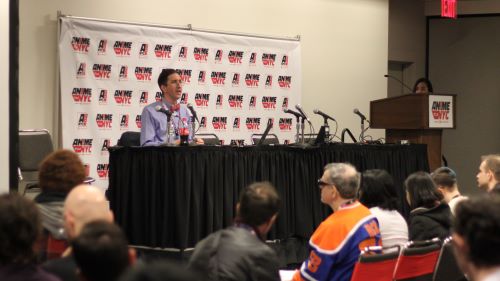 Dr. Christopher Bolton, Professor of Comparative and Japanese Literature at Williams College and a former Japan Foundation Doctoral Fellow, gave a lecture titled “8 Ways to Analyze Anime” at Anime NYC. Dr. Bolton used the classic 1988 film Akira as an example for analyzing anime from traditional and non-traditional film and media perspectives. The talk attracted a large audience, filling the hall to standing room only. We hope that this talk will inspire the next generation of anime scholars. 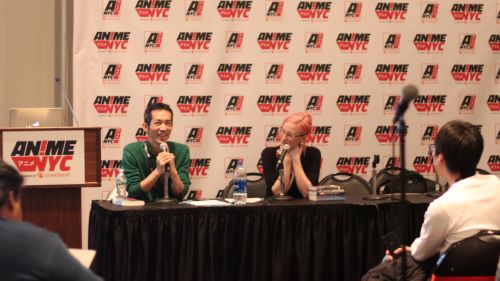 Dr. Shige (CJ) Suzuki, Associate Professor of Modern Languages and Comparative Literature at Baruch College, and Kristi Fernandez, a manga editor and translator, gave presentations about the work of acclaimed Japanese animator Makoto Shinkai at Anime NYC. They introduced Shinkai’s unique independent background as well as their insights on his work, and discussed some secrets of his distinctive anime techniques known as “Shinkai magic”. We hope the audience learned new perspectives and gained a deeper understanding of his past work and latest movie Weathering with You, which will be released in theaters across the U.S. in January 2020.